Author Note: This scene is Jack at his best. I have been beyond excited to write Jack, the husband, after JINGLE MY WAY.

“Hurry it up,” Jack yelled as his crew filled their small conference room. “I’ve only got twenty minutes. Eve, Pam, and Liddy up front.”
The ladies took their seats as Dale was the last to squeeze in.
“All right, looks like I have everyone. First off, I want to thank you all for the hard work you’ve been doing. This quarter is shaping up to be our best ever, and I’m so proud to be a part of such a dynamic team. Naturally, you’ll all understand why you were the first people I thought of for this very special project.”
Jack turned to the dry-erase board and wrote “VALENTINE’S DAY.” The crew grumbled.
“Not another promotion,” Dale said. “We’re still recovering from Christmas.”
Jack turned back to the crowd with a smirk. “It’s not a promotion. I need your help coming up with ideas for Nina.”
A second of silence was followed by flying Styrofoam cups. Jack failed to dodge them all.
“I cannot believe you pulled us off our jobs for this,” Richie said as he stood. “My team, get back to work, now.”
“Guys, come on. It’s our first Valentine’s Day outside of ICU. I really wanna make it special.”
The guys all paused.
Richie took a second to think about it, before sitting back down. “You’re lucky I like Nina way more than I like you right now.”
“Thank you.” Jack turned back to the board. “Now, let’s hear what you’ve got.”
“How about a vacation?” one of the guys suggested.
“That would be nice, but Nina’s appointments don’t really leave her with much time to travel. What else you got?”
“A romantic dinner,” Dale said. Jack wrote it with a red marker.
“Okay, that’s a start. What’s the best restaurant in all of Colorado?”
“Ooh, Michel’s in Vail,” Liddy said, and the girls agreed.
Jack figured anything that could get the three of them to agree was worth looking into so he wrote down the resort name.
“I heard they have a private terrace and the best view in the entire state,” Eve said.
“And a helipad,” Pam added.
Jack wrote down “HELICOPTER.”
“This is good. Helicopter ride, dinner. What else?”
“Well what has she done in the past?” Pam asked.
Jack paused when he realized he’d never even asked Nina about her past valentines. There was still so much he didn’t know about his wife, but he tried not to bring up anything that would make her mind travel back to the life she had before him, especially the memories with her ex.
Jack wanted to love her enough to erase those years and most days he felt pretty confident he was succeeding, but the holidays were something he wanted to make the most memorable of all for her. He’d almost lost her so many times: The car accident on Christmas, her open heart surgery, and then the scare last spring with the blood clot.
It felt like they’d been through a lifetime of tragedies in less than three years and now that Nina was well enough to remember it, Jack was determined to make this the best Valentine’s Day of her life. Jack rarely let his mind travel to his fear that this could potentially be Nina’s last holiday. Her heart was much stronger now, but he’d deluded himself into thinking that before.
“Jack?” Eve called snapping him out of his dark thoughts. He turned to find them all staring at him. They were all aware of Nina’s heart condition and were great at keeping the remorseful glances hidden whenever she dropped by, but they couldn’t hide them from Jack.
“Guys, she’s fine,” Jack said when he noticed the worry on some of their faces.
The girls all sighed.
“Do not scare us like that,” Liddy stated.
“Yeah,” Pam added.
“I just really wanna do something out of this world for her.”
“Ooh, a shopping spree,” Eve shouted as she bounced in her seat. “Shoes, jewelry, and you could hire my cousin Stacey’s glam team for the day.”
“Eve, I’m trying to plan Nina’s dream Valentine’s Day, not yours.”
“What girl wouldn’t want a shopping spree?” Eve forced Jack to think about it.
“Jack, Nina is a simple girl,” Pam said. “I’m sure anything you decide will mean the world to her.”
“Have you asked Angie?” Dale asked.
“No,” Jack said. “I want it to be a surprise.”
“Sounds to me like you have some pre-work to do before you go booking helicopters,” Liddy said. “First you need to talk to your wife, ask her about her favorite Valentine’s Day so you know yours is original. Then talk to Angie, I guarantee she knows exactly what Nina wants.”
--

Want to read more? Get your copy of ALL I WANT IS YOU today.  Click here to buy :)
Posted by Unknown at 8:25 PM

Email ThisBlogThis!Share to TwitterShare to FacebookShare to Pinterest
Labels: All I want is you, ebook, Jingle My Way, Novella, Romance, Valentine's day

ALL I WANT IS YOU 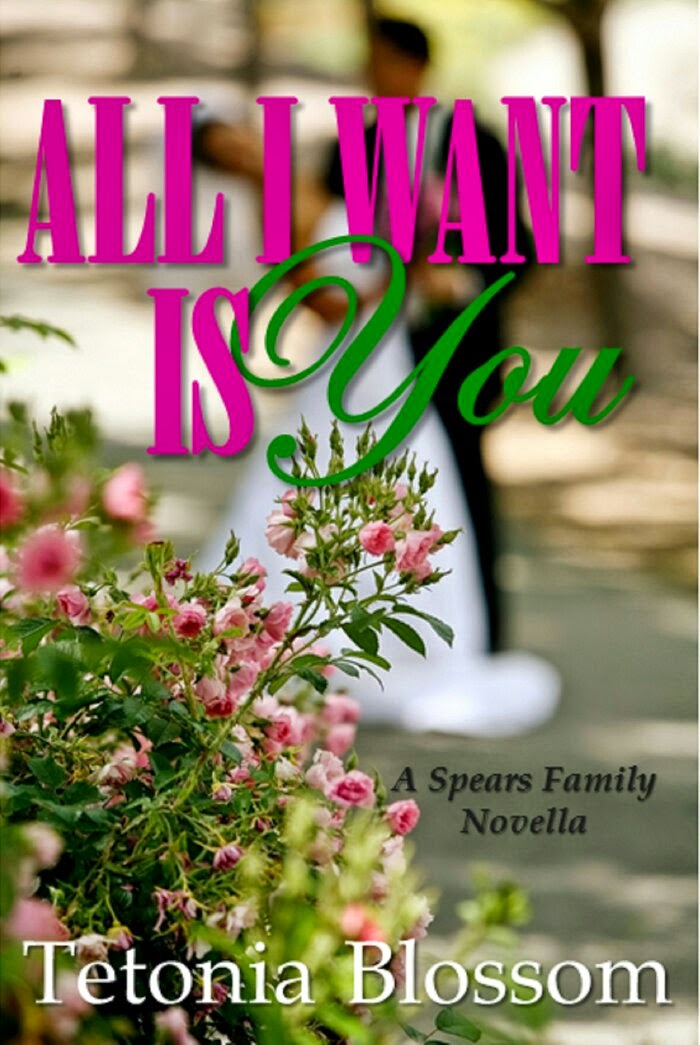 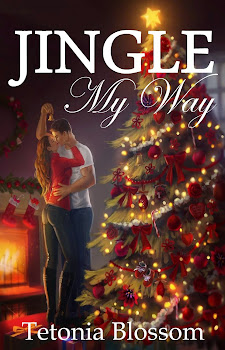 Because You Let Me Die (Draft)